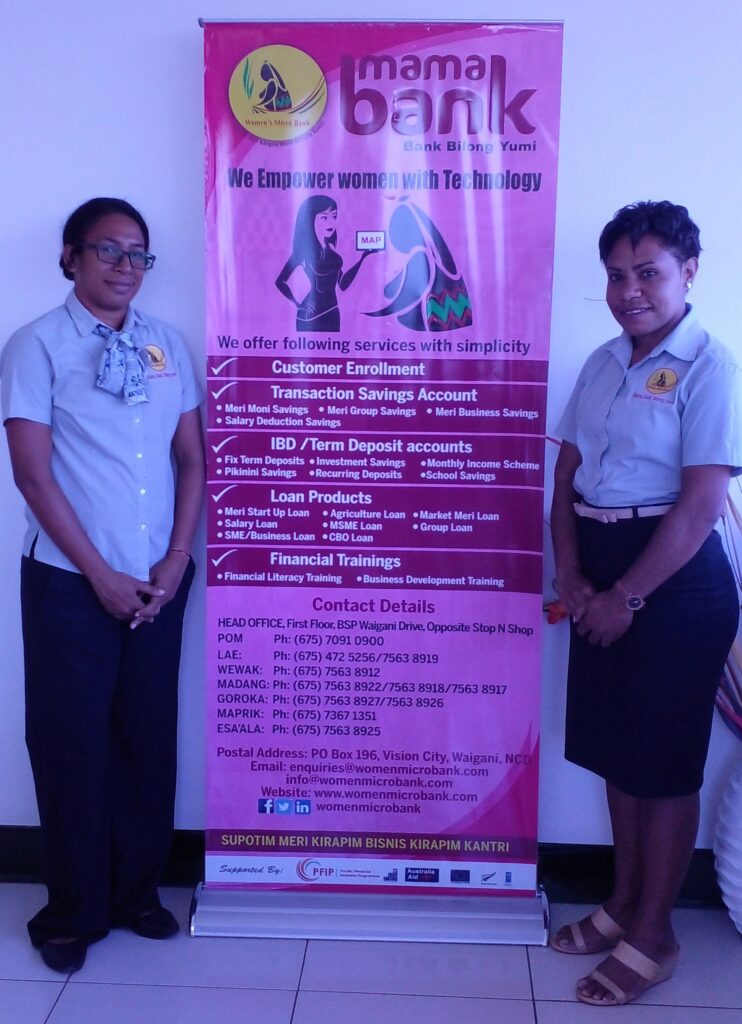 The goal of WMB is to establish itself as a premier and most-sought after financial services provider that delivers quality income enhancement opportunities to all sections of women of Papua New Guinea.

Women’s Micro Bank Limited (WMBL) is a licensed Micro Bank regulated by Bank of PNG. WMBL formerly known as PNG Women in Business Micro finance Institute limited established in 2010. The Bank received its banking business license from Bank of PNG in May 2014. The bank is the (5th) deposit taking licensed micro bank in the world and more importantly the first women’s micro bank in PNG and the Pacific region. With its first few months of operations, the bank has been selected as one of the best 50 companies for women among APEC Countries. The bank is a subsidiary of PNG Women in Business which sprang from PNG Women in Business Foundation formerly known as City Mother‘s Business Foundation, established in 2006.